Here in the DGC we often see how organisations struggle to keep up with the ever demanding world of Social Media, we know it first hand as we were once one of those brands taking a first step into the Social Media world.

On a daily basis we look at how various brands are handling their mentions on the social web and how they could improve their approach to the whole aspect of having customers openly speaking about them in the rather open realm of Social Media.

During our analyses we have found good and bad examples of how Social Media is done, a very good example is Samsung, with high engagement levels across all social platforms they provide great customer service as well as quick resolution to small issues.

A bad example is, believe it or not, Apple Inc. They only have one Facebook page with a couple of million likes but not much activity going on. Apple is very popular, yes, but when it comes to the business world, if you’re not able to keep up with your competitors in all scales then eventually there will be damage.

Here is a small analysis of Apple and what people are saying about them on the Social Web as well as a chart (From Mashable.com) demonstrating the top 10 engagers in the social web.

We have looked at mentions only coming from the UK with a date range of 5 months. As shown, there is a significant amount of activity, many negative mentions being sent out by customers which are not resolved as there is no one monitoring the activity taking place.

We have only focused on Twitter for the moment as it is the easiest way for customers to share opinions in this current day and age.

Do you think Apple can go on much longer without taking their first step into Social Media?

Yesterday we looked at how Facebook is introducing their Facebook Graph Search utility which will take looking for information to a whole new level.

It is still to be determined how the public will react to it when it is finally implemented into their platform.

Let’s say no such tools were ever to be available to both the public and businesses, how does one reach their desired audience without being seen as a nuisance or inconsiderate?

Most organisations rely purely on advertising to get their brand name out there, others rely on word of mouth and only a few rely purely on Social Media so far.

What is the difference between them all? Social Media offers an organisation the chance to get their brand’s name recognised by millions of spectators and what’s the best part? It’s all for free, depending on what social platforms you use of course.

But even then, Social Media has its obstacles when it comes to getting recognised. Your audiences don’t want to hear how you can make their lives better with discounted solar panels or free pizza on a Wednesday, they want to be heard and engaged with.

A brand should always follow the grand rule: community comes first, and then comes business.

Below you can see some examples of what we can do here in the DGC, these little but powerful tools allow us to provide guidance to businesses struggling to keep up with their Social Media requirements.

We used a random Twitter account with a rather big amount of followers to demonstrate some important factors to take into consideration.

What do you think? Is your business looking into these factors to increase their brand exposure?

The question persists and more and more people / businesses are asking themselves the same question over and over again. However, most of them have not been able to find the answers.

Here at the DGC we are discovering the answers, also making new discoveries everyday but what counts to us is that we understand the potential and we know how to use that potential to help other businesses grow.

How are you using Social Media?

The ‘Internet’ is a term in such common use that many perhaps do not know that it is a portmanteau term, derived from ‘INTERconnected NETwork’. The ‘connected’ part is what we’re going to consider today, as we look at wi-fi and how it relates to the social media boom.

Wi-fi is a particularly hot topic in our home city of London at the moment. The London Underground network, until now internet-free, will soon have wi-fi access at 120 stations as part of preparations for the 2012 Olympics. This means millions of travellers, hitherto unable to tweet or blog or feed their social media habit, will now be able to connect to social media whilst at tube stations.  Back above ground, there are few venues that don’t offer a wi-fi connection to their customers, although not all are free of charge yet.

The growth in wi-fi availability is, in large part, tied to the boom in smart phones, which we were looking at last week. Most smart phone contracts come with a data usage limit, and with punitive charges imposed by network operators for exceeding those limits. Using wi-fi does not eat into those data allowances, so the demand for, and use of, wi-fi by smart phone owners is ever-increasing. Equally, those people who have usage limits in their internet contract will happily carry their laptop to a public wi-fi hotspot to obtain a free internet connection.

The simple fact here is that people want to use the internet more than they can afford to, and a lot of this usage is due to the investment people have made in social media. We noted last week that 40% of social media users check their phones as soon as they wake up, and checking your Twitter feed or Facebook page frequently throughout the day, especially if you wish to upload or post images, soon eats into data allowances. Therefore wi-fi allows one to keep on top of one’s social media without having to incur often expensive mobile internet charges.

This demand means that having a wi-fi connection available often increases footfall and custom for businesses, as people will happily pay the ‘admission fee’ of a cup of coffee or plate of food in order to have reliable, cost-free internet access. The wi-fi costs for the business are soon recouped in increased trade.

Normally at this point in our blogs we relate the topic to how businesses can best employ social media strategies. This time, though, we will simply say this – social media is increasingly moving towards mobile devices. Most of these devices have data limits built into their contracts. Therefore social media users want to use wi-fi wherever possible, to the extent that it informs their decisions of where to eat, drink and socialise. If your business is hospitality, your customers will want to use their mobile devices to access the internet (and by extension social media) whilst they visit your premises. Invest in a wireless network, and use your Twitter or Facebook page to publicise it. Perhaps if customers ‘like’ you on Facebook they could get a discount on their bill?

Save this on Delicious 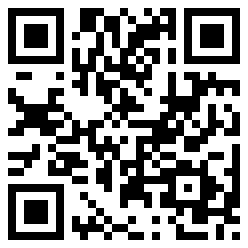